If you’re ready for this sort of merriment, enjoy the arrival of Santa at many area attractions and malls this weekend. Plus families can take part in a Puppet Workshop at the Pennsylvania Academy of Fine Arts, a Family Concert at Curtis, a Celebration of Art at the Queen Village Art Center and so much more!! 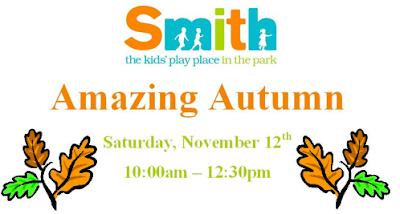 Join the Junior League of Philadelphia at SMITH The Kids Play Place in the Park on Saturday November 12th from 10 am – 12:30pm for a morning of fall-fun activities. Children ages 5 and younger are welcome to participate in a fall-themed scavenger hunt, make a craft of a Tree of Thanks, a Scarecrow, and more. Free. 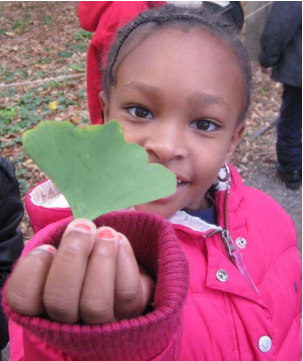 This monthly Family Days program at Bartram’s Gardens will feature Leaf Pressing and Cider Making on Saturday November 12th from 10-11:30am at Bartram’s Gardens. Discover the colors of autumn in the Garden, create beautiful pressings from the leaves found in the Garden and make your own apple cider using a hand press. $10 per child, additional siblings $8. Free with Program Pass Membership. 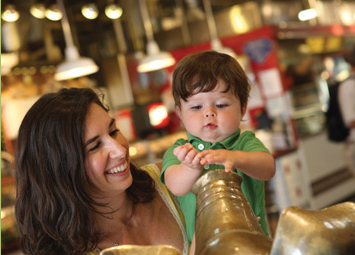 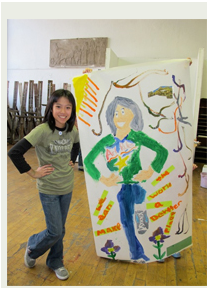 On Sunday November 13th from 2-3:30pm the Pennsylvania Academy of Fine Arts will hold a Puppets Can Fly Family Workshop starting with an interactive puppet performance by PAFA featured artists, Laurencio Luiz. Following the performance, families will enjoy puppet making in the studio workshop. FREE for Philadelphia School District students and their families and PAFA members. Children 12 and under free. Non-members free with $15 museum admission.

Take the whole family to the Curtis Family Concert this Sunday November 13th at 2pm and 4pm for this interactive fun-filled introduction to classical music. Enjoy performance and interaction with Curtis students focusing on the Brass Family. Geared for ages 5-12. Tickets $5, ages 12 and younger free.

Santa’s Arrival – The big guy himself official arrives at several area malls and attractions this weekend including:

If you’re in the mood for a festival, this is your lucky weekend as Philly hosts so many festivals we can’t even keep track of them all. Here are some highlights of this weekend’s festivals with a little splash of Lemonade – Alex’s Lemonade – that is!! 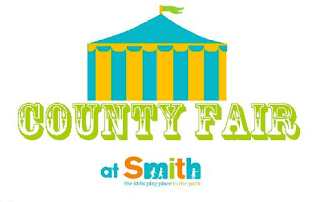 Enjoy the County Fair this Saturday June 11th from 10am – 12:30pm at SMITH The Kids’ Place Place in the Park. County Fair will include bubble blowing, bean bag toss, balloon animals, face-painting and more. Free. 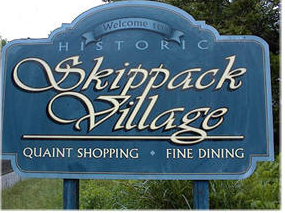 Penn Wynne Elementary School in Wynewood, PA will hold the “original” Alex’s Lemonade Stand event this Saturday June 11th from 10am – 3pm. Penn Wynne Elementary was the home to the original Alex Scott whose message of hope and a dream for a cure for families affected by cancer founded the Lemonade Stand Movement and has raised millions of dollars toward a cure for cancer. Families can take part in this commemorative event with fun, food, and a butterfly release at noon. Free. Donations encouraged.

This fourth annual Victorian-style street fair celebrates the grand old flag that Betsy made and all things stars and stripes. Head to the Besty Ross House on Saturday June 11th between 10am – 5pm for the Flag Festival where families can enjoy artisans, midway games, refreshments and Victorian era entertainment. Plus take part in a patriotic pet parade and the debut of the Funicular Aerial Circus as part of this grand event. Free. 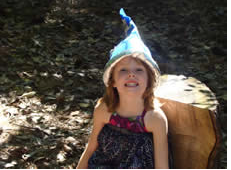 Tyler Arboretum’s Festival of Fairies and Friends takes place on Sunday June 12th from 11am – 3pm and will delight your littlest winged ones. Fairies and friends can dance in magical bubbles, have their photos taken with the Fairy Queen and princesses, enjoy face painting, games, crafts, fairy-themed story time and more. Free with paid admission to Tyler. $5-$9. 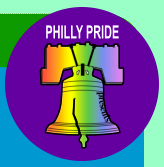 LGBT families and friends can enjoy this day of celebrating on Sunday June 12th starting with the Pride parade at Noon starting at 13th and Locust Streets and ending at Penn’s Landing for the Pride festival lasting until 6pm. Enjoy 6 hours of entertainment, vendors, food, fun and more complete with a Family Zone and Pet Zone. $10. 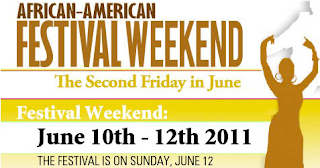 The 36th annual African American Odunde street festival celebrating a Happy New Year takes place on Sunday June 12th from 10am – 8pm and will feature a marketplace, music, entertainment and a colorful parade down to the Schyylkill River where an offering of fruit and flowers is made to the Yoruba goddess of the river, Oshun. Free.