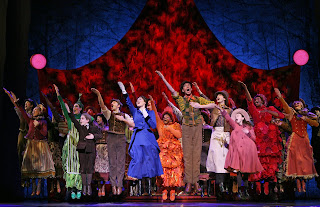 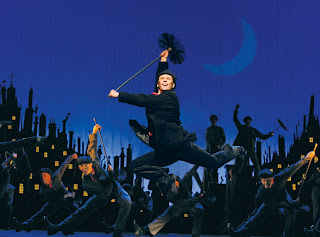 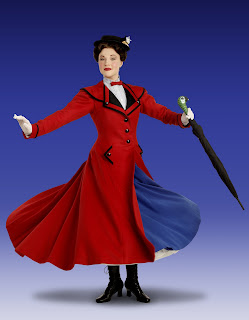 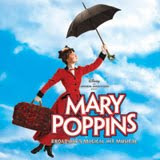 As we mentioned earlier this week, Mary Poppins is running now through April 17th at the Academy of Music in Philadelphia. The New York Daily News hails Mary Poppins as “a roof-raising, toe-tapping, high-flying extravaganza!” Let your imagination take flight at this perfectly magical musical! And now phillyfun4kids readers can enjoy a 25% discount on Family Circle and Amphitheater tickets for Tuesday, Wednesday, Thursday and Friday shows by using the code MARYMANIA. Wow! What great way to try taking the little ones to the theater for this beloved Children’s Classic.

Mary Poppins, a co-production of Disney and Cameron Mackintosh, opened on Broadway on November 16, 2006. Based on P.L. Travers’ cherished stories and the classic 1964 Walt Disney film, Mary Poppins the stage play features the Academy Award®-winning music and lyrics of Richard M. Sherman and Robert B. Sherman. The stage production has been created, in collaboration with Cameron Mackintosh, by Academy Award®-winning screenwriter Julian Fellowes, who has written the book, and the Olivier Award-winning team of George Stiles and Anthony Drewe, who have composed new songs and additional music and lyrics. Olivier Award-winning director Richard Eyre leads the award-winning creative team, with co-direction and choreography by Tony® and Olivier Award winner Matthew Bourne.

Tickets for Mary Poppins start at $20 and can be purchased by calling 215-731-3333, online at kimmelcenter.org/broadway, at the Kimmel Center box office, Broad & Spruce streets (open daily 10 am to 6 pm) or at the Academy of Music box office (open during performances only). Be sure to enter or mention the SPECIAL DISCOUNT CODE MARYMANIA to get 25% off Family Circle and Amphitheater seats for select shows Tuesday – Friday.